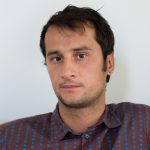 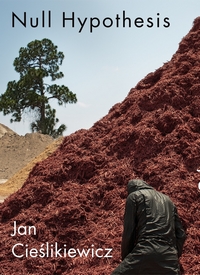 Jan Cieślikiewicz is a New York-based photographer from Gdansk, Poland.

He is a graduate of the General Studies program at International Center of Photography in New York, and International Summer School of Photography masterclass in Latvia. Jan also holds a degree in Applied Mathematics from Harvard University, was a Polish national swimming champion and spent six years working as a trader on Wall Street.

Null hypothesis refers to one of the most important analytical research methods used across a variety of fields, from psychology to physics. In null hypothesis testing it is usually presumed that given observations result purely from chance, whereas the alternative implies influence by a non-random cause. The aim of this method is to reject the null hypothesis, and thus prove – with certainty beyond reasonable doubt – that the random explanation is false, and the hypothesized non-random one is true.

From every day events to the most fundamental questions, both on a personal and cosmic scale, we are surrounded by contradictions, unknowns, and change. Everything that seems to us as absolute will come to pass. History is full of dead truths, and people that fought for them. Religions, as timeless as they seem, have their beginning and will one day see an end. In science, basic concepts like time and space take on new meanings with each generation. Some things are just not to be resolved.